Première Urgence Internationale helps civilians who are marginalised or excluded as a result of natural disasters, war and economic collapse.

Our mission is to defend basic human rights, such as those set out in the Universal Declaration of Human Rights in 1948.

PUI’s presence in Iraq since 1983 has spanned the sectors of health, WASH, protection, shelter, food security and livelihoods, through an integrated approach, in both urban and rural areas. Since 2009 the approach in Baghdad has been to improve access to water and sanitation, agricultural activities and livelihoods, improving social cohesion by also considering host population needs. With UNHCR, PUI  are improving living conditions of urban households implementing community quick impact projects and creating job opportunities (training centers and Professional Tool Kits). In Najaf, PUI currently conduct health and WASH interventions for IDPs living in guesthouses on the Najaf-Kerbala route. In depth assessments of this community have been done and the proposed action will address some of the key problems found in protection, livelihoods and community cohesion, building on PUI’s experience in Baghdad through BPRM and UNHCR funded livelihoods and agricultural projects, with strong expertise having been built in vulnerability scoring and selection of beneficiary households.

In November 2013, PUI began providing health and WASH services in 2 Syrian refugee camps in Dohuk. In August 2014 PUI launched an emergency health, WASH and NFI response to the IDP crisis in Dohuk, both in and outside of camps. In KR-I, PUI are currently working in Gawilan  (Syrian refugees), Bardarash and Bajet Kandala camps, as well as implementing health responses for non-camp populations of IDPs (mobile health teams) and refugees (outreach and educational services). In South/Central Iraq, PUI’s Baghdad projects focus on livelihoods, and in Najaf on health (mobile outreach and surveillance/referral team, to become a curative mobile health team as in Dohuk).

PUI currently have operational bases in Najaf, Baghdad, Bardarash and Dohuk, and a coordination office in Erbil. PUI’s main sector in the North is health and the main needs identified during the assessment are in the capacity support of DoH Dohuk in terms of HR, drugs and medical supplies, as well as improving quality of health services delivered as they are absorbing Primary Health Care Centers (PHCCs) that was previously under DoH Mosul supervision inside the Disputed Internal Territories (DITs): Sinjar, Telafar, TilKaif, Shikhan and AL-Hamdaniyyeh. Assessments done in IDP communities around Dohuk have highlighted gaps in reproductive health, protection and psychosocial wellbeing.

The PUI response strategy in the health sector is:

Improve outreach and referral for vulnerable individuals, including health promotion and preventive 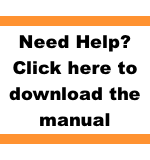 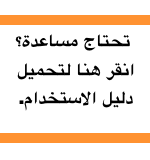